Parents have voted and McDonalds has been kicked in the McNuggets again.

"For the second year running, McDonald's has won the Pester Power Award in the Parents Jury Children's Television Food Advertising Awards. More than 1400 parents voted in the awards, which highlight the role played by marketing and advertising in the childhood obesity epidemic." quotes the Sydney Morning Herald.

This drummed up a bit of media in the papers over a few days, as well as a news report that night. What happens next? Like all news stories, it becomes tomorrows fish and chip wrappers. Well it would if they still wrapped fish and chips in newspapers. And you can't even find a decent fish and chip shop in Sydney these days to begin with, but that's another story.

One bloke reckons Macca's isn't even that bad for you, and lots of bloggers agree. OK, so they're white collar, tech savvy yuppies who are just bored at work, but that's nit-picking really.

I did a project for one company where they took a pro-active stance and did not advertise or run promotions directly targeted to kids. The competitor hasn't changed it's tactics. What's happened? Every competitor brand is showing growth and every brand from the company I worked for is in decline. Seriously. There's more to it than that, but it's a decision which has certainly compounded the impact.

Until the government makes it mandatory, is this a wise move for companies to take a pro-active stance?

I remember talking to the guy who heads up one of McDonalds major competitors and his view was to give the public what they want - the tastiest fast food in the country, regardless of whether it was healthy or not. If the kids needed some motivation, give 'em the carrot. The carrot made of plastic with a Wiggle on it, that is.

Personally I always subscribe to the view that everyone has a choice. Parents have a choice too - in this case whether to succumb to their kids demands. Yes it's not easy, but who ever said life was.

I still thank my mum for letting me come for lunch every now and again and having Macca's waiting for me! From school that is, not work. Thanks mum! :-) 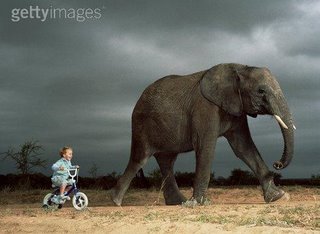 Some parents think McDonalds Happy Meals have gone too far with their latest free gift.