Peter FitzSimons knows that his beloved game of rugby union, where Australia competes yearly with the might of Samoa and Fiji, now has some serious competition. So every chance he has to lay his size 18 boots into football via one of the biggest selling newspapers in the country, he´ll do it.

And companies like Air New Zealand might want to consider how many football fans and players notice Mr FitzSimons hatred of the round ball game. According to Roy Morgan Research*, 1.1 million Australians played football in the 12 months to June 2005. That´s 7% of the population. This doesn´t even include all the kids under 14 playing the game.

I wonder how many others, like me, will try an void flying Air New Zealand whilst they have a football slagging buffoon promoting their airline. 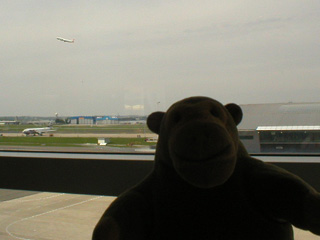 Last night I went along to the Australian Advertsing Effectiveness Awards at Star City, thanks to the generosity of an invite from Amy Smith at Whybin TBWA. It was interesting from my perspective, having spent 15 years on the client side and only recently venturing into the 'dark side' as a consultant.

There were lots of agency people there. They made quite a few speeches. Everyone got pissed. There was backslapping. It was a good night.

There were lots of awards given out which will look all pointy and shiny in the foyer cabinet of the agency.
It looked like a night designed by ad agency people for ad agency people. Which in fact it was. This is kinda strange cos it's one part of their job that marketers get really excited about.....how effective their ad campaigns are. But they seemed to be bit part players on the night.

It's not rocket science as a manager to recognise the efforts of those around you and reward them appropriately. Even if you know you've been just as much a part of the success as they have. But it keeps them motivated and fired up to do even better next time. As an agency, isn't this what you'd want from a client?

For an industry that spends way too much time talking about itself to itself, perhaps the Ad Effectiveness Awards is one opportunity for adland to take a back seat and put the spotlight on the client.

Carlton Draught's big ad (www.bigad.com.au) has been discussed on a number of advertising related blogs.

A lot of people like it, and some don't. Some talk about it being a rip off of BA ads, or they don't find it funny, or whatever.

Not many have pointed to the fact that about 1 million people have taken 3 minutes of their time to go and watch an ad. As a marketer, it's a dream come true. People avoid advertising - it gets in the way of their lives, it bombards them wherever they go, and a lot of it is crap. But here, people are going out of their way to watch an ad. Fantastic!

As for me, I had a Carlton Draught the other day in the pub instead of Tooheys New. First one for years. Tasted pretty good to me.
Posted by Vando at 10:33 AM No comments: