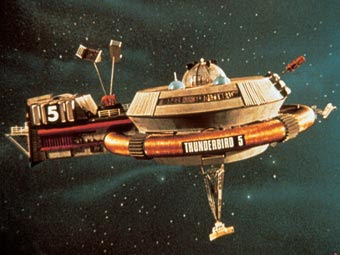 Apparently I have been tagged. Thank you Katie for this privilege. This means I have to reveal 5 things about me which most people don't know about.

I've already read through the lists of Seb, Gavin, and an Angry Man.

Given this is a marketing blog I've tried to at least keep some of it somehow related, but I must warn you that it might not all be pretty.....

1. I have never been with a man
In my 16 years of marketing and countless companies, I have never once worked on a product where the primary target market has been male.

2. I don't want to know about women
When I started at J&J working on feminine hygiene, the first qual research report I read was all about discharge (I told you this might not be pretty). I had to leave that job after a year. The woman's body was losing all of it's wonderful mystery and becoming some kind of machine!

3. I know how to get the dirt
I can reveal that there is no difference between the formula of Cold Power and Dynamo except for the fragrance.

4. I am a rock god
I have an albums worth of material, including the classic hits 'Nude Nude Nude' and 'Come to the Middle'. Anyone who grew up near Fern Tree Gully will understand this song. You can listen to them (and again I warn you in advance) here.....

5. I have felt like the England Cricket Team
Years ago, I played cricket against both Rodney Hogg and Graham Yallop, who played for a couple of different teams in the Ringwood District Cricket Association in Melbourne. They were both about 40 at the time. Hoggy nearly knocked my head off and Yallop made a ton.

Apparently I now have to select 5 people to pass this same request onto. I'm not even sure I know 5 other bloggers. So....

Stan Lee at Brand DNA. An astute observer of the world but the world of Stan remains a secret to us all.

Kirsty.... Spreading a little aussie sunshine from a Parisian winter.

Doug.... Planning for fun. As is should be. There's a lot of seriousness going around in this online planning world.

Rach from Syd-a-nee....I liked Angry Man's idea of randomness, so picked a random blog from the Australian Index
Posted by Vando at 8:45 AM

This is both hysterical and very interesting. I once worked on a women's thrush relief product - rest assured that working on such things can be soul destroying for women too...

Thanks (I think) for tagging me, I will get to it!

Vando ... nice list -- and you were right -- not pretty at all. And I have always wondered about Dynamo!

My garden backs onto a busy road so I often get tagged on my back fence.

Luckily the local council come and clean off the tags after a day or two.

The Vando tag has proved difficult to remove, so I guess I'll be doing as requested.

What a day. Australia win back the Ashes and everyone I've tagged gets on the case.

In the words of Alan Partridge, it's "Lovely Stuff!"

Ah an Alan Partridge fan! No wonder I like you ;)