Here's a couple of random thoughts about the interesting thinking on Transmedia Planning and Brand Communities, currently taking place around the traps.

First it came from Faris at Naked, and then expanded upon by Jason at Burnetts Toronto.

Jason has mentioned a couple of examples where brands have successfully adopted this approach. Dove and Lynx/Axe being two great ones.

This is the stock standard media neutral model where one idea is expressed in different ways. Faris outlined the broad model which looks like this... 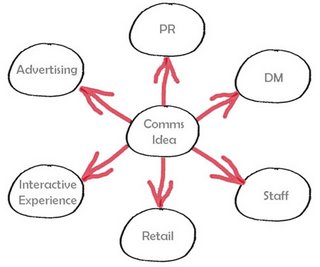 The model builds in the fact that different media is better at different things, and that people are social beings. 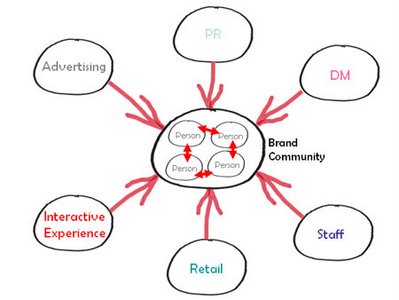 This all makes sense for an iPod, or Playstation, or an aspirational car brand.

But I've been thinking about how the transmedia model works in relation to FMCG brands. What about toilet paper? Or laundry detergent? Or Chicken Tonight?

The key question is whether you feel a brand will sell more by engaging a brand community versus another comms approach. I was going to say 'smaller brand community' there but Dove has proved that theory wrong.

If it's agreed that it's the right approach, I think there's a way in for all brands - it's just a matter of understanding the key insights and an appreciation (and knowledge) of new media and a desire to go there.

The key is coming up with the insights which ultimately will help engage the brand community (or create one).

To quote Jason again, "perhaps Dove and Axe started by looking at what are some interesting, provocative, topical cultural issues that are linked with using those products, and played with them. So they've started by asking "what's interesting about this brand/category" rather than "what's our USP/message?" Maybe that's the way in."

Another I've heard is 'How can we spark their curiosity?'.

Russell Davies talks about listing a number of key insights rather than focussing on one proposition.

But ultimately where there's a will, and a valid reason to go there, there's a way.

I'll talk about some of the key barriers facing FMCG companies in another post. This one is already too long. For now, it's time to look at.....


Some FMCG brands giving it a red hot tilt

It's the same proposition against this thrillseeking, high adrenalin, motorcross loving community as it is against Gym Junkies. Yet the product has found a relevant voice amongst both targets. The only thing missing in the Chad Reed campaign is a blog. 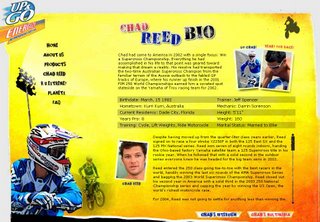 Another one, fairly obviously, is Johnson's Baby's sponsorship and involvement in the popular BabyCenter online community.

Not so obvious is toilet paper.

Kleenex engaged the community of those with an interest in short films. In Australia we have a massive event every year called Tropfest- the world's largest short film festival. It features 16 short films (from 1000's of entries) and shown to massive open-air audiences. 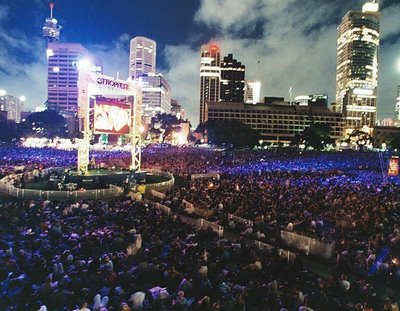 Kleenex collaborated with a comedian and former Tropfest winner, Gary Eck, to create a short film featuring their new Flushable Wipes. It premiered at the Tropfest event and filtered through the Tropfest and short film community as a talking point.

The activity was also based on a solid strategic insight, as intensive quantitative research showed that 100% of these short film lovers do a poo every day. 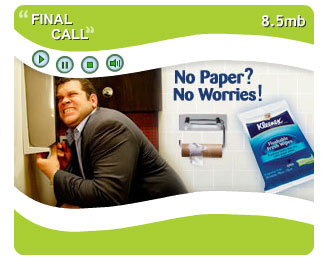 I was very pleased to find this site.I wanted to thank you for this great read!! I definitely enjoying every little bit of it and I have you bookmarked to check out new stuff you post.
starting solids babies